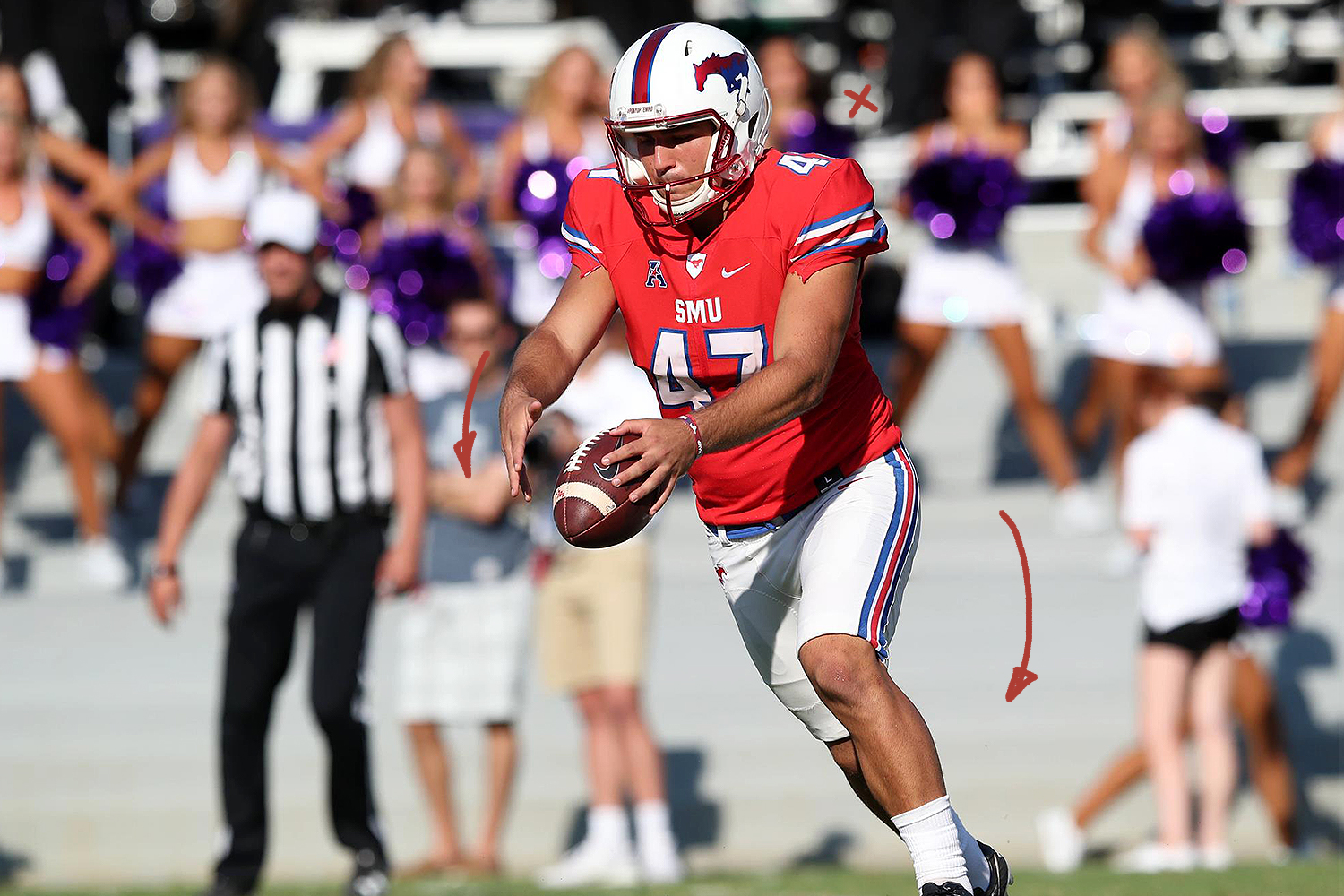 James Sackville is a former SMU punter from Australia who founded Athletes in Recruitment, a college sports recruiting platform that launched May 24. It’s a cross between LinkedIn and a dating app — athletes and coaches can swipe right or left to indicate interest in a school’s program.

The 23-year-old marketing and advertising major talked to Sports Section about recruitment obstacles and online solutions.

SPORTS SECTION: Can you tell me a little bit about your background in football?
SACKVILLE: I was born and raised in Melbourne, Australia, and I was lucky enough to come over to SMU on a full-ride scholarship back in 2016 to be the punter. I was a four-year starter despite having never played the game of football prior to college. So it was very much a sink-or-swim scenario.

I would stand on the sideline, and if a flag was thrown, I would have to ask my teammates, “Was that on us or on them?” It took me a little while to learn, but I tried to dive in as best I could, and I feel as though I did a pretty good job.

When did you become aware of the challenges that some student-athletes have in being recruited?
It was before I even got to America. I went through a program (ProKick Australia) which got me to SMU; they did a fantastic job, and I had an excellent experience. But it very well could have ended in a completely other way if I didn’t like the school that I was sent to. I didn’t have a choice, really, in where I wanted to go.

They trained me and spoke to all of the coaches for me, and I had to trust that they knew what they were doing based on how I was as a person, what I wanted to achieve in the classroom, etc.

They did that for me, but there were scenarios with some of my friends who weren’t happy with the places they went to. So I thought, “If we were all in America we would have the ability to kind of pick and choose, assuming we were talented enough and had options.”

So that was the thought process. Then I got to America and realized that it was even more broken here than it was for an international student — “Oh, wow, there’s a real problem.” And I come from a consumer tech background and just thought that there had to be a better way.

In what ways is the American system lacking?
I heard over and over again from teammates at the Division I level that they didn’t have enough exposure. And I just thought that in 2016 through 2019, when I was at school, it didn’t make any sense in a technological age that could be a valid argument.

We have our phones all day, every day — how do you not get enough exposure? There were excuses: “My high school coach didn’t like me, I didn’t go to a camp that I should have, I came from a low socioeconomic family and couldn’t afford to do certain things, or I got injured.”

Whatever the excuse was, I just thought that there had to be a better way. So really, what I tried to do was just simplify and streamline the whole process because everything is really fragmented.

In recruiting, it’s really, really easy for a college coach to determine whether a player is talented enough to play at that level. We interviewed hundreds or even thousands of coaches who told us that within two or three plays, they could figure out if an athlete was athletically capable of playing at their school.

How did the idea for the app come to fruition from that moment?
I came up with the idea throughout my last semester of college, and I went to my coaches at SMU and said, “If I was to build something like this, would you buy it?” And they said, “Of course. It sounds fantastic if you can do it.”

I had the basic concept, and then we went back and included the kind of social networking feature that is LinkedIn-ish. We worked on it for the better part of a year to get it to where it was when we launched on May 24.

It’s a freemium model. It’s free for everyone, and then there are premium upgrade packages for all parties involved. If you’re a 5-star recruit and you’re really, really talented, you don’t need to pay for it. But just like in LinkedIn, there’s a premium version where you get more exposure.

What’s the dynamic of the platform?
It’s three-sided. You’ve got the student-athlete, the college coaches and the universities they represent, and a liaison — that can be a high school coach, private trainer or parent-guardian — someone who can act as that third party and/or intermediary between the athlete and the coach.

Coaches or recruiters can filter for whatever it is they’re looking for, whether it’s a physical trait, an academic trait, a location, or by position. Or maybe they’re looking for something specific, like a wide receiver who runs no slower than a 4.6, for example.

They look at the profile, and we have what we believe is everything that a kid would want to promote about themselves and everything a coach would want to know about the prospective student-athlete. It’s their basic info, where they’re from, what position they play, and film, etc.

The athlete and the liaison themselves will be able to upload a piece of film — we very clearly state how to film it, how to upload it, etc. We have instructions for all of it, including the academic section. Oftentimes, coaches fall in love with a guy only to find out three weeks later that he’s ineligible or has to go the junior college route.

We want to save the coach time, and we want to give the kid the ability to have it all in one place.

How has this helped recruiting during the pandemic?
Travel was banned for the better part of 15 months, within college football specifically. The recruiting ban just got lifted on June 1, so for 15 months it was just virtual.

Now, college programs are not going to spend millions of dollars traveling across the country anymore, because they just don’t have to. They realized that they could recruit guys without having to do that. This very much helps that process.

Is the plan to expand to other sports?
We’re just in college football as it currently stands, but we will be expanding into all 34 sports that the NCAA offers, both men’s and women’s, within the next 12 months.

How fast is it growing?
We had 12,500 users and 90-plus schools in the first 35 days just in America and Canada. Very soon, we’ll be expanding worldwide.

Chris Kuc is a sportswriter who covered a myriad of sports during his career with the Chicago Tribune, The Athletic, and the Chicago Blackhawks before joining Sports Section. You can reach out to Chris at [email protected] or on Twitter: @ChrisKuc.

FOR INFORMATION ABOUT INVESTING IN THIS STARTUP PLEASE CONTACT US BELOW: 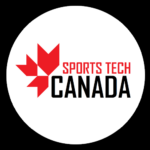 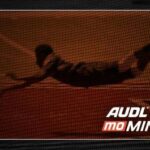 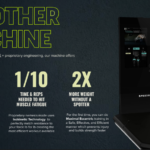